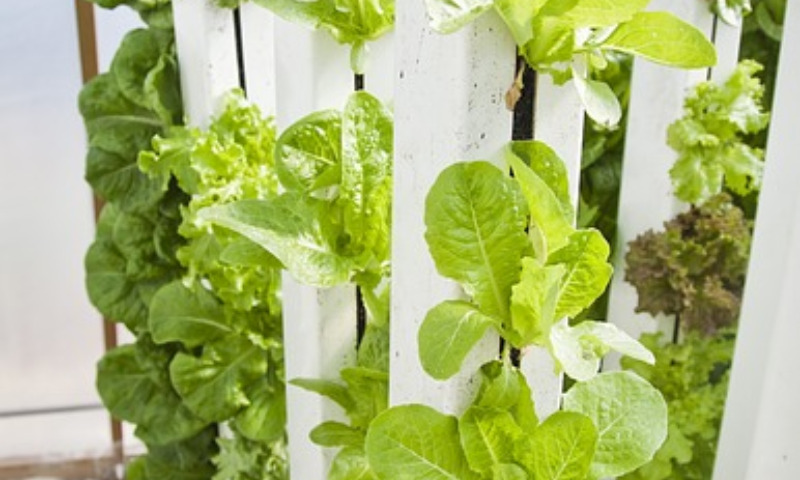 Dan Albert’s farm is far from traditional. Farmbox Greens is inside a two-car garage behind Mr. Albert’s Seattle home. It consists of 600 square feet of microgreens grown in vertically stacked trays beneath LED lights. He now has three employees and sells his greens to about 50 restaurants in the Seattle area, a local grocery chain and four weekly farmers’ markets.

Vertical farming uses no chemical pesticides and far less water and fertilizer than traditional farms, but energy costs can be high.

The upshot is that indoor farming can produce as much as 20 times the amount of food per unit area as conventional outdoor farming, said Gene Giacomelli, the director of the Controlled Environment Agriculture Center and a professor in agricultural and biosystems engineering at the University of Arizona in Tucson.

As these farms scale up they will need more electricity, not just for lighting but to run equipment like pumps and fans, Mr. Giacomelli said.

Green Spirit Farms in New Buffalo, Mich., is one operation that has found a way to be profitable on a slightly bigger scale. The farm produces leafy greens like lettuce and kale in half of a 42,000-square-foot former plastics factory.

Such successes are prompting other vertical farming operations to grow, and grow big.

Still, Mr. Green and his competitors are optimistic about the future of vertical farming.

Mr. Rosenberg said his farm was 75 times as productive per square foot as a commercial field farm.