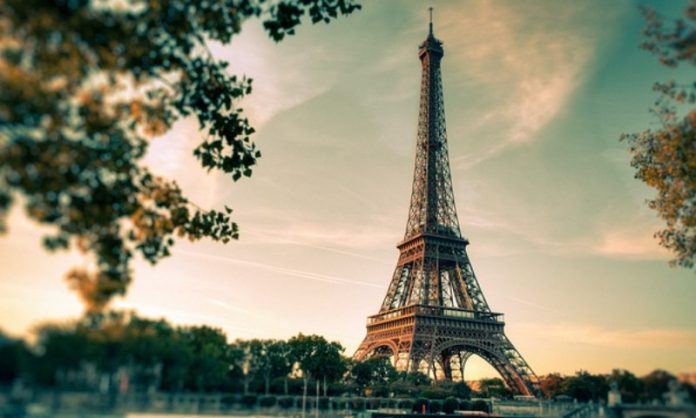 Anne Hidalgo, elected in 2014, declared her intention to make Paris a greener city. In 2016 the Paris government launched Parisculteurs, a project which aims to cover the city’s rooftops and walls with 100 hectares (247 acres) of vegetation by 2020. One third of the green space, according to its plan, should be dedicated to urban farming.

So far, 74 companies and public institutions have signed a charter to partner with the city in developing urban agriculture.

Located a 20-minute drive from the Eiffel Tower, next to the Porte de Clignancourt metro station, in 2014, La REcyclerie built one of the biggest urban farms in the city — before Paris had even started its project.

This cozy café in a converted former train station is at the heart of a 1,000 square meter (about 10,760 square feet) farm. It produces over 150 different herbs and crops, such as peas and potatoes, all of which are used in the café. Chickens eat any leftovers, while a flock of ducks roams the vegetable garden feasting on slugs.

Since the Parisculteurs project launched in 2016, 75 projects have been approved by the city of Paris, covering 15 hectares of spaces, which will create more than 500 tons of produce.

La Chambeaudie Farm, run by agriculture start-up Aéromate, is located on the 500 square metre (5,380 square feet) roof of a medical center owned by Paris Metro (RATP) in the 12th arrondissement — a district in the east of Paris on the right bank of the River Seine. It grows more than 40 varieties of plants and herbs, which are sold to restaurants and grocery stores. The farm uses a hydroponic system, which grows plants in water enriched with nutrients, rather than soil — the water can be recycled to reduce waste. Aeromate recently set up a second farm on the rooftop of Tishman Speyer, a real estate group, at Place de La Bourse in central Paris, and plans to establish a third farm at The Duperré School of Applied Arts, a public college of art and design.

Komites says urban agriculture will not only improve Paris aesthetically and environmentally — it will also provide employment opportunities.

Today, Paris counts about 15 hectares (37 acres) of urban agriculture. To reach its goal of 30 hectares before 2020 is a challenge. But there are plenty of projects in the works.

In 2019, the Chapel international project will open a 7,061 square meter (about 76,000 square feet) farm, that it says will be the largest cultivated rooftop in Paris. Its produce will be distributed by Franprix, a grocery store chain in Paris.

Source: Paris to turn a third of its green space into urban farms

Cultivation Amidst Urbanization in Seoul

In Montenegro Urban Agriculture Projects Are Blossoming During The Pandemic

This website uses cookies to improve your experience while you navigate through the website. Out of these, the cookies that are categorized as necessary are stored on your browser as they are essential for the working of basic functionalities of the website. We also use third-party cookies that help us analyze and understand how you use this website. These cookies will be stored in your browser only with your consent. You also have the option to opt-out of these cookies. But opting out of some of these cookies may affect your browsing experience.
Necessary Always Enabled
Necessary cookies are absolutely essential for the website to function properly. This category only includes cookies that ensures basic functionalities and security features of the website. These cookies do not store any personal information.
Non-necessary
Any cookies that may not be particularly necessary for the website to function and is used specifically to collect user personal data via analytics, ads, other embedded contents are termed as non-necessary cookies. It is mandatory to procure user consent prior to running these cookies on your website.
SAVE & ACCEPT
MORE STORIES

Urban Farming Is Booming, But What Does It Really Yield?