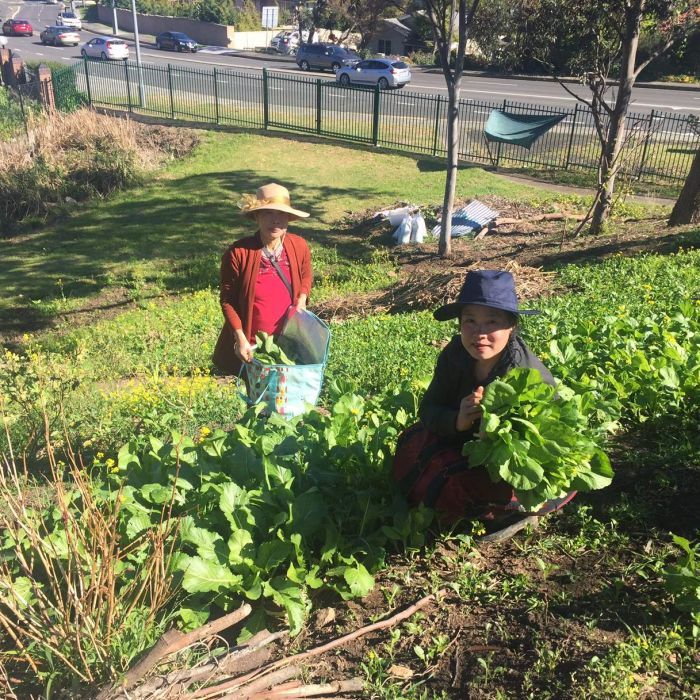 At Mangerton in Wollongong, Karenni refugees are transforming a steep hillside next to the Saint Therese Primary School, into a traditional terraced garden.

According to University of Wollongong geographer Ananth Gopal, community gardens could help refugees avoid the sort of isolation that comes with long-term unemployment.

The Karenni community garden is being developed on less than half-a-hectare of land with poor soils, but its volunteers are rapidly transforming it into a traditional food garden.

“There’s so many barriers when a refugee first comes to Australia in terms of finding a job, so apart from the obvious, learning English, learning how to catch a train or drive a car, a lot of refugees have never had either a paid employment experience at all because they’ve always lived in a refugee camp or they’ve never had a paid employment experience working in Australia so we chose to work in industries where a lot of former refugees are really skilled like chemical free farming,” Ms Moore said.

“Australians aren’t great at chemical-free farming generally, a lot of refugees are and it’s a real opportunity while refugees are learning the language, learning about working in Australia, they’re also making an incredibly meaningful contribution in terms of sharing their skills.”

Old Coal Mines Could Be Turned Into Farms

Vertical Farming As A Solution To Urbanisation