Launched as an ambitious programme through a resolution passed by the Sikkim Legislative Assembly in 2003, and gradually implemented across the state chief minister Pawan Kumar Chamling, organic farming seems to be facing challenges on the ground in terms of delivering rewards to farmers.

In 2016, the state government declared usage of chemical pesticides to be a criminal offence, with a penalty of Rs. 100,000 and up to 3 months in jail.

Chamling promoted organic farming in Sikkim after seeing the damage wrought by chemicals on the soil and water.

However, while achieving fully-organic status may have earned the Sikkim government credit, it has not yet delivered substantial benefit to the state’s farmers.

Farmers complain that realisations are low and that there is competition from cheaper non-organic vegetable produce from outside the state.

They also say that customers don’t yet understand the benefits of organic produce and are resistant to higher prices which can result from the additional costs incurred by farmers in cultivation.

Padma Shankar, chairperson of Sikkim Agriculture and Horticulture Board, acknowledges the challenges facing the state’s farmers. “The state government is seeking to address these problems, by minimum support prices and also allocating a large portion of its budget towards agriculture and horticulture,” she is quoted in a story in the Indian Express newspaper.

Other Indian states such as Kerala, Mizoram, Rajasthan and Gujarat have started following up on the Sikkim model of organic farming with their own initiatives. 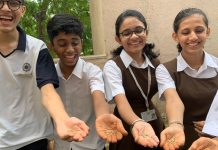 Feeding the Future of Agriculture with Vertical Farming